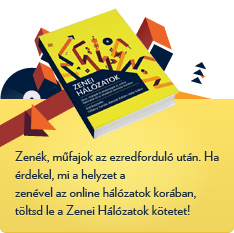 The next themed issue of EastBound will explore the past, present and future of the place and role of popular music and popular music studies in Eastern Europe.

Popular music during socialism has been a vehicle of keeping in touch with Western trends, of protest or even of resistance, but it has also played a part in creating and maintaining a certain depoliticized version of everyday socialist life or even in semi-openly legitimizing the ruling powers of the time. Indeed popular music under socialism, from mainstream schlager and pop music to beat, rock and punk, various genres and artists captured the feelings of audiences in very different ways and elicited very different reactions and treatment from the authorities.

Following the regime change the positions of different musical genres and artists also had to be renegotiated. With the reintroduction of market economies and democratic political systems the meaning of mainstream and underground, of opposition and social criticism all had to be remapped on to a now ever more complex system of potential meanings, with previously glossed over ideological differences being increasingly articulated vis-a-vis artistic programs and positions. With the fall of the iron curtain both the previous simple dichotomy of East and West and the so far restricted flows of cultural goods were suddenly a thing of the past, with new possibilities allowing for the reconfiguration of international networks of consumption and production and the repositioning of genres, artists and scenes in relation to the global interrelations of the relevant segments of the culture industries.

Today, twenty years after the "fall of communism" we can see a number of different trends both in relation to the appearance of new scenes and sensibilities influenced by international waves of interest in certain styles, and also regarding the reception, recycling and re-appropriation of music and artists from the socialist era. We can also see the political resurfacing again in different musical genres providing different critiques of our societies and varying visions of social change, exclusion and inclusion.

We invite authors to explore these and further issues from a range of different disciplinary standpoints and would encourage both works with a more historical focus and writing focusing on present and possible future trends.

For further information about the themed issue, or to express interest in contributing an article, please contact Zoltan Kacsuk (info-AT-eastbound.eu). The final deadline for submissions will be the 1st of February 2011.

ABOUT EASTBOUND
EastBound is a peer-reviewed online journal aimed at creating an international platform for Western and Eastern European researchers engaged in the multidisciplinary field of media and cultural studies. The journal features articles, reviews and interviews dealing with social and political implications of the rise of entertainment media and mediated popular culture, the appearance of global media players, and the spread of new forms of politics and information technologies. These transformations have presented a new cultural context for people’s cultural practices, from the minor aspects of everyday consumption to the large-scale reproduction of national identities and cultural heritage. EastBound addresses recent media and cultural realities, both from regional and international comparative standpoints.